An introduction to our Curry Club

Our September collection of Curry Club recipes should provide some fantastic inspiration, whether you’re after a quick midweek supper or a sophisticated, deeply flavoured dinner party dish. Here Jason takes us on a potted history of this much-loved Asian staple.

The term curry is thought to derive from the Tamil word kari, meaning sauce, or a soup to be eaten with rice. These days it refers to a variety of dishes from countries across Asia which, wet or dry, contain fish, meat or vegetables and a blend of spices and chilli.

Garam masala is also a blend of spices, one composed of fewer spices than the 20-plus or so called for in traditional curry powder. Translated from Hindi, garam masala means warm or warming spice, referring to the warmth it adds to a dish. Like curry powder, variations can be found in Indian cuisine from region to region and cook to cook. The ingredients used in the preparation of a specific dish influence the spices and herbs chosen for the blend.

Garam masala is usually used as a final seasoning in a dish, either stirred in at the end of the cooking time or sprinkled on top. We use either curry powder or garam masala as a starter spice blend in both of our Brilliant Bases released this month, our Asian Paste and Indian Gravy. Both spice blends lose their pungency quickly and if you’re buying either, it’s worthwhile treating your taste buds and buying from an Asian or Indian grocery store.

As always, this month we have been true to our covenants and tried to keep things simple. All the foundation and preparation comes from the Brilliant Bases Indian Gravy and Asian Paste, allowing authentic expression and encouraging you to tweak as your preference desires.

Assembling the dishes with some of our other Brilliant Bases, Aromatic Nage, Bone Marrow/Root Veg stock and Tomato Fondue, you can quickly create variants of classic curry dishes from all over the Asian/Pan Asian Region.

The top 10 favourite UK curries according to data  from FoodHub are: 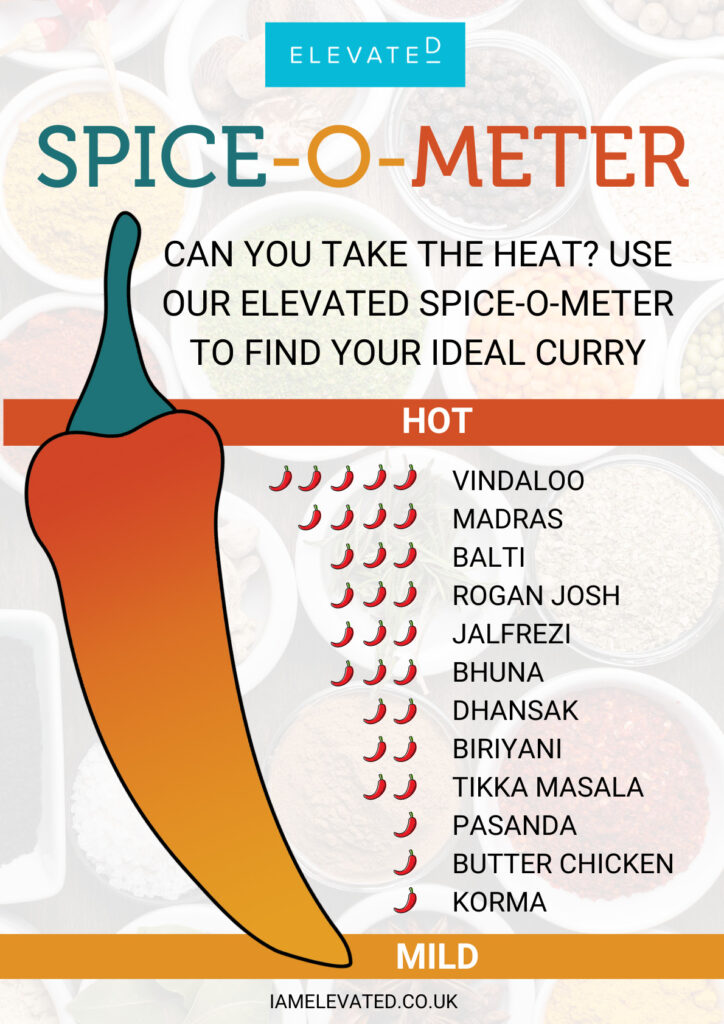 The Korma, commonly served with chicken and rice, is a traditional dish originating from Northern India and Pakistan, it involves little to no spice, making it the mildest curry. The flavour holds more of a sweet and creamy taste rather than rich and spicy, with the main ingredients including yoghurt, coconut milk and nuts, such as almonds or cashews. Only a mild curry powder is used to coat the chicken initially, then mild yet flavoursome spices such as ginger, cardamom, cinnamon and cumin are added.

When tasting dishes, you will likely discover that a Pasanda and Korma feature many similar qualities; both are relatively mild and originate from Pakistan. However, unlike a Korma, the Pasanda is prepared with a touch of spice and made with lamb as opposed to chicken. Peppercorns, garlic and cumin, are all commonly used to season. Cut into strips and marinaded in yoghurt, traditionally, the meat used to serve a Pasanda should only ever be the best, prime cuts of meat. Why? Well, pasanda originates from the Urdu word  for favourite. In English, the name also translates as steak which is obviously seen as the most luxurious meat type. Once cooked, this dish is topped with flaked almonds and then accompanied by naan bread.

Unlike many other curry dishes, a Biryani is a mix of either vegetables or meat with rice rather than the typical methods of serving whereby you have a curry dish alone, which can be accompanied by rice or another carb source of choice. The Biryani is classed as a medium on the heat scale and has more of a tomato-base rather than a creamy texture. Often used as a vegetarian alternative, the meat in a Biryani can be replaced with either seafood or simply grilled vegetables. For a sweeter twist, chefs often add fruits such as apples and pineapples or cashew nuts.

A Tikka Masala is one of the most popular curry dishes in the UK. It is often an automatic ‘go-to’ for diners due to the traditionally cooked and seasoned meat topped with a thick, infused tomato sauce. Tikka Masala combines a perfect balance of the creaminess of milder dishes with the spice used in hotter dishes.

Boneless chicken is cooked in a traditional cylinder clay or metal oven called a Tandoor, which utilises wood fire to create a smoky taste. It is thought that a Tandoor can reach an astonishing temperature of up to 480°C/900°F, hotter than any modern oven. The meat is then left to simmer in the creamy tomato sauce and seasoned with garlic, ginger and chilli.

Hot, sweet and sour tastes are all combined in a Dhansak, giving this curry dish a unique, rich flavour. The Dhansak, like Biryani, is again on the medium level of the heat scale and uses lentils, sugar and lemon to counteract the use of fresh chilli. In more recent years, many chefs opt for substituting the use of sugar for pineapple to make the dish healthier. Rather than using more common meats, this dish consists of mostly mutton or lamb as the main ingredient, so if you aren’t keen on venturing further than chicken or beef, a Dhansak may not be an ideal choice for you.

The cooking process of a Bhuna starts with frying various spices, including turmeric, chilli powder, cumin and ginger, in oil to bring out the flavour. A traditional Bhuna only uses this combination of fried spices with the meat of choice to create organic characteristics and then served. However, if you were to order a Bhuna in a restaurant, it is more than likely that it will be served accompanied by a thick sauce made with tomato, onions and red pepper. A Bhuna is commonly a hot curry, as fresh green chilli is used without any use of cream or yoghurt.

The Jalfrezi utilises what was traditional ‘leftovers’ to create a spice-filled curry fried with various herbs. If you opted for cooking a Jalfrezi at home, you would take a different approach, using Chinese techniques to stir-fry a mix of green peppers, onions and plenty of fresh chillies to create a base before adding the meat of your choice. Just before serving, a small amount of thick, spicy sauce is added, making it one of the hottest curries on Indian menus.

The Madras was first rustled up as a basic restaurant curry but made incredibly hotter to meet the taste buds of diners. With this in mind, it does mean that the Madras is a less traditional dish and the flavour, along with consistency, often differs depending on the chef’s preferences. Madras is commonly made with beef and is served with lots of sauce, which has a fragrant and fiery taste using ingredients such as chilli powder, garam masala, cumin and turmeric.

We are now reaching the hottest of all curries, first with the all-time fiery favourite, the Vindaloo. Although Vindaloo is now served in Indian restaurants, it actually originated in Portugal, starting as a simple dish using wine vinegar and garlic. Over the years, after being introduced to Goa in India, more and more chilli powder has been added, making the pork, beef or lamb dish one of the spiciest curries available.

Last, but most definitely not least, is the Phall – the hottest curry dish you can get your hands on. And surprisingly, the recipe originates here in the UK in Birmingham-based British Bangladeshi restaurants! The foundation of a Phall is always dried chillies, as the intense drying process is known for maximising the heat of any chilli.

Meat, often chicken or lamb, is then marinated in the dried chillies to achieve a more savoury taste. The meat is accompanied by ginger and fennel seeds before being draped in a thick, tomato-based sauce made with peppers, such as the Scotch Bonnet

For this month then, we have devised five simple tasty and super functional ‘curry recipes’ branching off our Brilliant Bases Indian Gravy and Asian Paste, and coupling with some of our other key BB’s to make your life easy during the week OR stellar weekend treats and dinner party successes. As always, we actively encourage you to take these and run with them, make your favourite curry, adding those differentiating key ingredients, blending the BB’s and most importantly enjoy cooking great food at home from scratch!

As ever, we hope you enjoy these… members, you can visit our recipes section to find out just how to make all these amazing dishes.